Home > Advice > 5 amazing tips to approach someone at a bar

5 Amazing Tips for Approaching Someone at a Bar 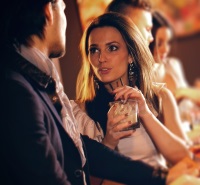 So you're out at the bar, you see someone you like and would like to start a conversation with that person. But how do you do that? It's hard to know what's going to be well received, and what's going to come across as creepy. More often than not, first dates are arranged on the internet or by dating apps now. The technology for dating has made it so easy to meet new people. In fact, it seems like everyone is meeting someone that way. But what about the people who want to meet face to face and those of you who don't want to sit behind a computer and risk getting cat-fished? Whether it's because you're old fashioned or you're just not interested in online dating sites, it's hard to know what works in person.

As a Dating Coach, I think it’s really important to have as many real life interactions as possible. If you do meet someone in person that you're interested in getting to know, just say hello and tell them you're interested in getting to know them. Don't be nervous because that's when you'll come across as a creep. You just need to be relaxed, and be yourself. You don't know what the other person is looking for. They may not be available and you can be certain they will let you know if your advance is unwelcome. So don't start making limitations for yourself beforehand, rather let them set the boundaries and if necessary, throw you out the door. Don't throw yourself. You could miss out on a great opportunity because you were too afraid to take action!

Confidence is the key to any kind of dating, online or offline. You need to approach your interest with your shoulders back and a sincere smile. Make small talk and notice the little things. If there's a wedding or engagement ring, back out gracefully. Pay attention to the body language of the person you're talking to. If they're pulling away, you're getting the red light. Make sure that you're paying attention to that. If they seem receptive, you're good on the yellow. Proceed slowly, to not make them feel uncomfortable. From the point of the yellow light on, you have to really communicate effectively. Talk, but also listen. If you want to leave with a phone number, you have to work for it. 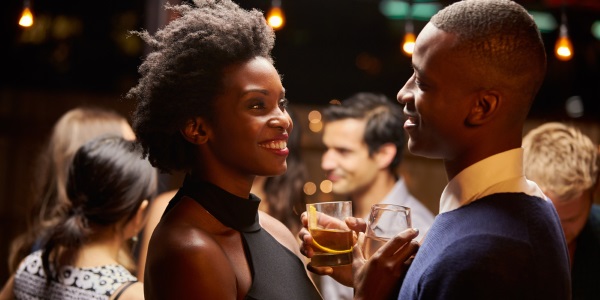 Don’t rush and be honest

The most important thing to remember is that you don't want to rush anything or force anything. You want to let the encounter progress naturally. You want the person you're talking with to show an interest in you as well. So, you have to give them something to be interested in. That's why it's important to be yourself. You don't want to lie about your interests or your career and you definitely don't want to lie about other, more personal details. Be honest, even if it gets you turned down. Yes, you can exaggerate slightly. There's no harm in that and everyone wants to seem more appealing than they are. Just make sure you're not falsely advertising yourself.

In the movies, you always see bar interactions. A guy approaches a girl holding a martini. He chats her up for a few minutes, and she ends up going back to his hotel. That's not how it works in real life. There's a lot more nervousness in real life. The guy has an internal monologue about whether or not he's going to approach, then he stumbles as he thinks about trying it. There's a lot more hesitation. But, if you're confident in yourself, you should be able to get the green light. Please don't mistake confidence for arrogance. Arrogance is bound to get a drink thrown in your face. Confidence is sexy.

Ladies, this advice also applies to you, too. There’s no point just sitting in bar giving the guy you like flirty glances in hope he catches your eye. Sadly, guys just aren’t that great at reading these signals and it can be hard if the bar is busy. So you need to take a little action if you want to get to know them. You don’t have to do anything too dramatic, just try and stand near them so they notice you. If they still don’t take the hint then it’s fine to say hello or pay them a compliment to start the conversation. If you don’t then someone else might do it before you’ve plucked up the courage. Whatever happens, as long as you are friendly then there’s nothing to lose. It’s much better to give it a go than to go home and regret taking any action. Good luck and remember that ever relationship – friendship, business or online dating – had to start with someone being just a little bit brave!

James Preece is the Dating Guru. As the UK's leading Dating Expert and Dating Coach he is a consultant for many dating sites and is involved in a wide variety of different areas, such as personal dating coaching, Online Dating, speed dating and matchmaking. His online dating guide "I Will Make You Click" is an Amazon best seller, reaching number one on the relationships category. He is a regularly featured in top UK and international media: such as the Independent, Cosmopolitan, FHM, and Men’s Health, amongst many more. 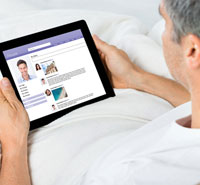 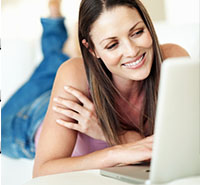 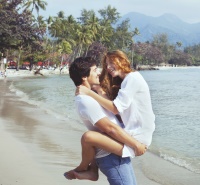 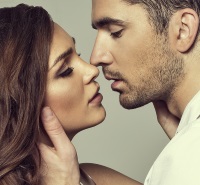