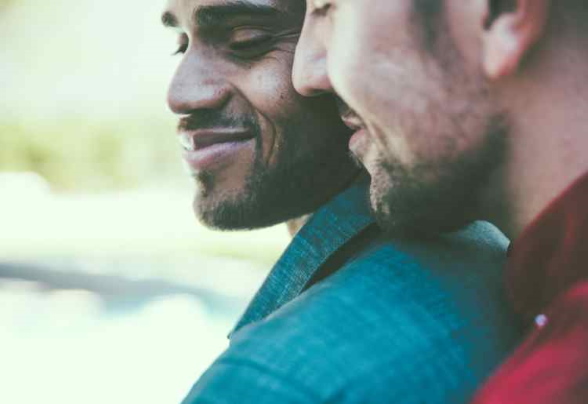 The world of online dating has taken off amongst singles of all ages, from all corners of the world. While plenty of surveys have been carried out over the years to find out more about online dating habits, it has only been more recently that patterns and attitudes about dating have focused on the LGBTQ community of online daters.

Match, one of the most popular online dating sites for gay men, carries out a survey every year called Singles in America, which studies the dating habits of thousands of singles between the ages of 18 and 70. Last year (2018), half of all singles in the US had tried online dating at some point. This alone is an encouraging thought—that 1 out of 2 singles has used the internet in their search for a partner. While carrying out this research, Dr. Justin R. Garcia of the Kinsey Institute at Indiana University unearthed some surprising gay online dating statistics.

In the heterosexual world, around 1 in 4 couples (25%) now meet online. For gay couples, this number jumps to almost 70%—a truly staggering difference! Being a minority, it is, of course, much harder for gay men to meet potential partners in more traditional ways—in their neighborhood, at parties, or at work—online dating is an obvious way to increase their pool of partners. With online dating on the rise every year across the board, experts predict that the statistics will also continue to rise.

Perhaps another reason behind these gay online dating statistics could be that it is easier for gay men to feel less vulnerable and more comfortable with exploring and expressing their sexuality in an online forum, without needing to be wary of encountering homophobia or rejection. Online dating represents a safe place, especially for gay men who might not have come out fully to their family and friends.

Having seen these surprising statistics about the popularity of gay online dating, what do we know about its success rates? A recent study by Josué Ortega and Philipp Hergovich, researchers at Cornell University, found that relationships that start online are just as likely to succeed as those made offline. The gay online dating success rate is no different than that of the heterosexual world, despite a widespread myth that gay men are less interested in long-term relationships and more focused on casual hookups. Grindr, a popular app where LGBTQ people can find quick hookups, is dominated by homosexual, cisgender males looking to meet up. However, just like in the offline dating world, chance flings and hookups have also been known to lead to long term relationships.

Ortega and Hergovich also found that partners who met online reported a ‘higher degree of satisfaction,' with online dating resulting in stronger marriages more often than with couples who met offline. This research is, of course, equally applicable to gay online dating statistics and success rates. Online, gay men are able to narrow their search of like-minded partners to the most suitable, which is a massively helpful tool in building long term relationships. With 70% of gay relationships beginning online, it seems the natural place for a gay man to start his search for a long-term partner.

Gay Men Are Less Likely To Marry Than Lesbians

As in the world of heterosexual online dating, it is difficult to measure the exact success rates of online couples in the longer term. The Williams Institute, a prestigious gay-legal think tank based at the University of California in Los Angeles, recently headed up some important research. They found that around one-fifth of same-sex couples in the US are now registered as married, or have formalized civil unions. Of these, it is surprising to see that only one third are gay men (and two-thirds are lesbian relationships). This is despite the fact that lesbian relationships are no more likely to last longer than gay relationships.

What does this mean in terms of how we understand the gay online dating success rates? It means that marriage or a legalized civil partnership doesn’t tell us anything about the success, or longevity, of gay relationships. Just because fewer gay online daters are getting married doesn’t mean that they are not forming relationships that are just as long-lasting—or perhaps even more so—than those of straight couples. The findings of the Williams Institute also reported that this past year, 2% of all registered straight couples in the US became divorced, as opposed to just 1% of same-sex couples. This, however, could be a little misleading as both marriage and civil partnerships are more recent developments in the world of same-sex couples, and gay men who have recently married are likely to have been together for longer than the average heterosexual newlyweds.

So, what conclusions can we make about gay online dating, based on the statistics? The first is the enormous popularity of online dating amongst the gay community—both in terms of apps that aim to connect people for casual flings and hookups and also in terms of providing a forum for gay men in search of a serious, longer term relationship. There's no shadow of a doubt that online is the first and most obvious choice for a gay man looking for love. As the constant popularity of online dating increases, so do the options, with more websites and apps for the gay community appearing and expanding their options every year.

And where do the gay online dating success rates leave us? We now know that despite the marriage and civil partnership statistics showing fewer gay men formalizing their commitment, this is down more to human nature than any other factor: ultimately, women, including those in same-sex relationships, are still more likely to want a formal marriage than men. Nevertheless, gay couples are just as likely to ‘last’ in the long term as are any other couples. So, for those gay men looking for love—now is the time to set up your profile, join the statistics, and become part of the crowd searching for their soulmate online!

Top10.com's editorial staff is a professional team of editors, writers and experts with dozens of years of experience covering consumer, financial and business products and services.

This site is a free online resource that strives to offer helpful content and comparison features to its visitors. Please be advised that the operator of this site accepts advertising compensation from companies that appear on the site, and such compensation impacts the location and order in which the companies (and/or their products) are presented, and in some cases may also impact the rating that is assigned to them. To the extent that ratings appear on this site, such rating is determined by our subjective opinion and based on a methodology that aggregates our analysis of brand market share and reputation, each brand's conversion rates, compensation paid to us and general consumer interest. Company listings on this page DO NOT imply endorsement. We do not feature all providers on the market. Except as expressly set forth in our Terms of Use, all representations and warranties regarding the information presented on this page are disclaimed. The information, including pricing, which appears on this site is subject to change at any time.

You might imagine that the Australian dating sites with the most members would struggle to provide the most personalized experience to each of its users, but that certainly isn't the case with Zoosk. Two main reasons come to mind which...

EliteSingles treat their sophisticated, educated target audience to all of the best features a dating site could offer. Whether you’re in Brisbane or Adelaide, you will find your best match amongst their 13 million members, using...

SilverSingles is an online dating site for people over 50 who are interested in forming real, long-term relationships - be it romantic or platonic. As a dating site that caters uniquely to the 50+ crowd, SilverSingles provides a secure,...

Responsible for over 11 thousand marriages, eharmony Australia is a revolutionary and unique online dating website. Instead of having to search through countless profiles, eharmony evaluates your personality and lifestyle, calculates...

Match.com.au is a member of the global match.com dating community. It is one of the world's favourite dating sites with a massive member base and high success rate. A pioneer in online dating, match.com.au started helping Aussie singles...